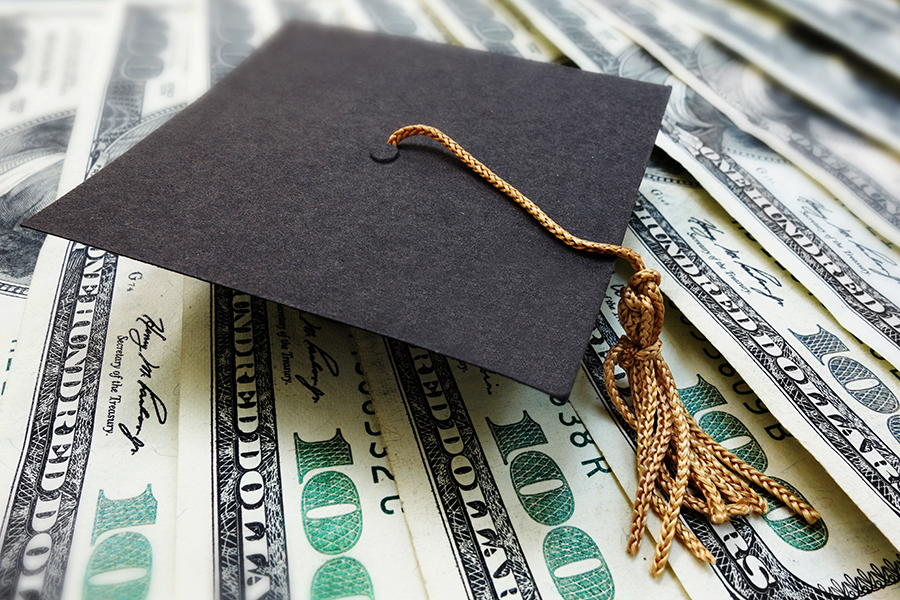 A debt is secured if the creditor has collateral. Home mortgages and car loans are probably the most common kinds of secured debts. The collateral is either your home or your car. If you don’t pay the debt, the lender can foreclose or repossess the collateral ,i.e., take your house or car (presumably you already knew this). That’s not the end of it. After foreclosure or repossession, the creditor usually sells the collateral to the highest bidder, often at a public auction, and sends you a bill for a “deficiency," that is, the amount (if any) by which the sales price on disposition falls short of the payoff amount of the loan. (Of course, if the auction leaves a surplus, the lender owes you money. But don’t count on it.)

A secured lender's lien passes through a Chapter 7 bankruptcy unaffected, as if nothing ever happened, but your personal obligation to pay the debt will generally be discharged, assuming, e.g., no misconduct on your part. Thus, the lender can still repossess or foreclose if you don't keep up the payments, but they can't demand that you pay any deficiency. While your case is pending in the bankruptcy court, however, they can't repossess or foreclose unless they get permission from the Bankruptcy Court by filing a motion for relief from stay. Once the case is closed, however, they are generally free to repossess or foreclose as long as they comply with state law. Chapter 7 gives you three ways to deal with secured creditors. You can:

In many cases, because the secured creditor really doesn't want the car or other collateral (they would much rather have Mr. Green, and the finance charge), they will acquiesce in your keeping the car by simply continuing to make the regular payments as they become due, without electing one of the three choices provided by the Bankruptcy Code. If you choose this course, make sure your future payments are always made on time – not one day late. And, if the auto lender happens to reject a payment, look out! You should discuss this issue with your bankruptcy attorney before deciding to reaffirm a car loan or any debt in bankruptcy. There's usually a better way.

A secured lender's lien likewise rides through a Chapter 13 bankruptcy – at least until discharge. If you want to keep the collateral, you must do one of two things: either (a) pay the secured debt in full through the plan, or pay, in installments, an amount equal to the value of the collateral, if less (cram down); or (b) if it's a long-term debt, your house note or a mobile home loan and some long car loans, cure the arrears by making payments through your plan that will catch you up by the end of the plan. There are two other important fine points about secured debts in Chapter 13:

If you have questions about secured debts, contact Lee Ringler Law Offices today. We proudly serve clients throughout the greater Augusta area and CSRA, including Evans, Martinez, and Grovetown, GA, North Augusta and Aiken, SC, and surrounding counties.

The general rule is that all your pre-petition debts are discharged at the end of a bankruptcy case. There are about 30 exceptions, however. The most common ones in consumer cases are:

Debts for recent income taxes, or for which you didn’t file a return when due, or for which you filed a fraudulent return. The complete rules for discharging taxes are labyrinthine and full of cross-references to other sections of the Code. But, in general, if the tax year is for a return due more than three years before bankruptcy, and you filed your return on time, the tax will be treated as a general unsecured claim, and will be discharged in a case under Chapter 7 or Chapter 13 (watch out for filing extensions though, or even leap years). Income taxes arising from returns due within three years are priority claims that won’t be discharged in any chapter, and have to be paid in full in a Chapter 13 case. Income taxes that aren’t assessed until after you file bankruptcy are not discharged and continue to accrue interest and penalties during the case; you can’t pay more than the plan percentage on these taxes, so they really hurt you at the end of the case.

Debts incurred by fraud (lyin’, cheatin’, and stealin’). Normally the Bankruptcy Court assumes you are honest – just unfortunate. There is a presumption of dishonesty or fraud, however, if you (a) charged more than $725 in luxury goods or services to a single creditor within 90 days before filing, or (b) obtained cash advances aggregating more than $1,000 on a single credit card within 70 days before filing. You should stop using credit cards altogether as soon as you begin even thinking about filing bankruptcy. Cut them up!

Debts for student loans, unless you have a permanent and total disability resulting from a medical condition, sometimes called undue hardship. It is usually very difficult to convince a bankruptcy judge that an undue hardship exists in a case. For some reason, almost all bankruptcy judges hate to let you out of paying student loans. Moreover, litigating student loan discharges can be a big deal and will likely run up some big legal bills —$5,000 or more would not be unusual for a reasonably straight forward case.

If you have questions about non-dischargeable bankruptcy debts, contact Lee Ringler Law Offices today. We proudly serve clients throughout the greater Augusta area and CSRA, including Evans, Martinez, and Grovetown, GA, North Augusta and Aiken, SC, and surrounding counties.

Contact Lee Ringler Law Offices to find out if you qualify for Chapter 13 Bankruptcy.